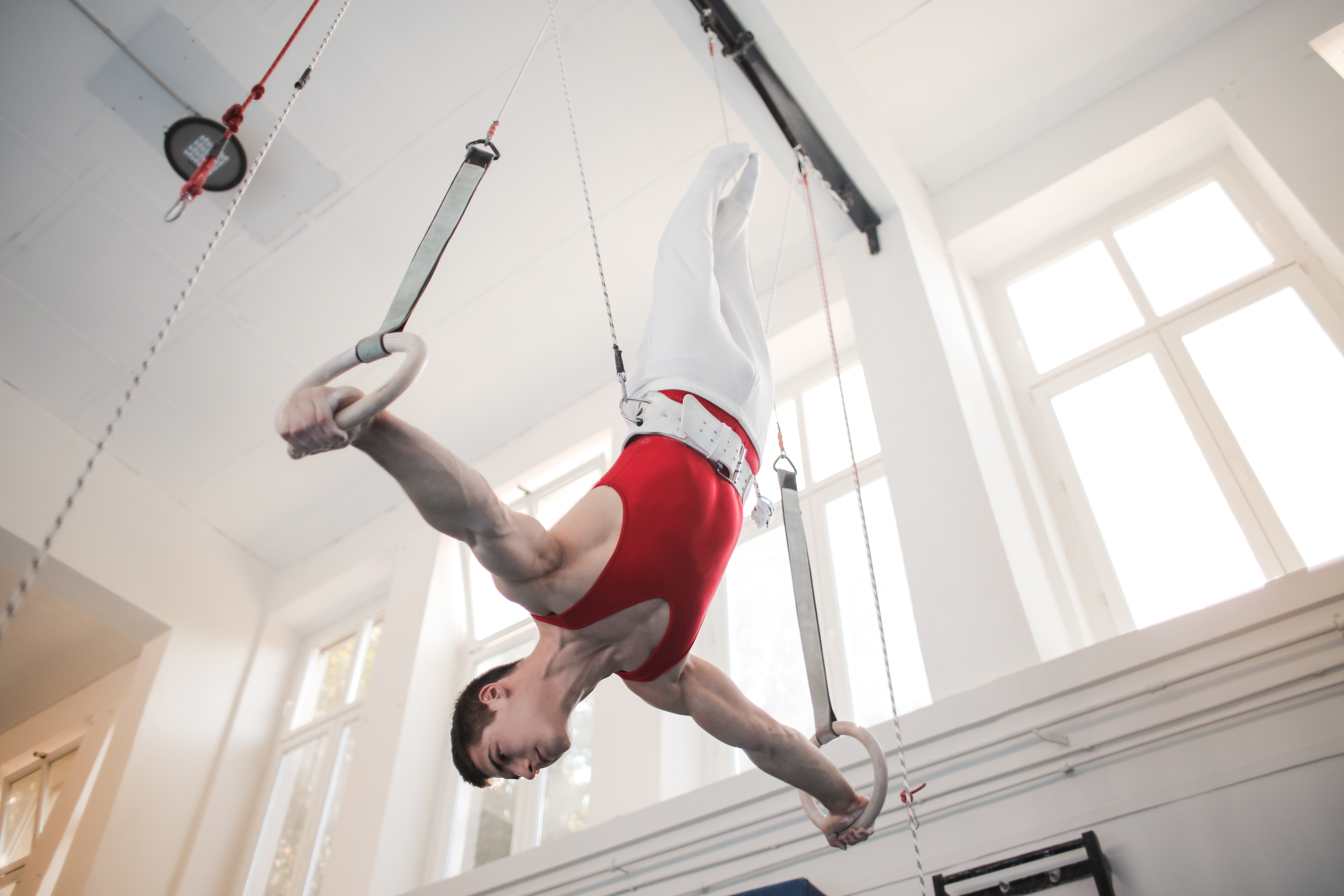 Most of us who work in some aspect of philosophy have had the experience of trying to explain to someone that philosophy is not psychology. For those members of the philosophical ensemble, the distinction may seem obvious, but any attempt to explain it requires careful thought and reflection, which is what I am trying to do in this exercise.

Is Psychology the sister of Philosophy? Surely in the past they were close brothers, members of the same family, philosophy. Today the relationship between the two is more problematic. Does the work in philosophy have any relationship with the psychological state of the student? The answer is also not clear. Philosophy can help a person psychologically, but this is not fundamental to the function of philosophy.

Historically in Western philosophy, psychology was a part of philosophy until the 19th century, when it became a separate science. In the 17th and 18th centuries, many Western philosophers did pioneering work in areas that would later become known as “psychology.” Over time, psychological inquiry and research became separate sciences, some of which could be characterized as the study and investigation of the mind. In short, psychology has been identified as the science of the mind insofar as its function is to analyze and explain mental processes: our thoughts, experiences, sensations, feelings, perceptions, imaginations, creativity, dreams, etc. It is primarily an empirical and experimental science; although the field of psychology includes the more theoretical Freudian psychology and the more speculative Jungian psychology.

When we study Western Philosophy, we find a concentrated effort to maintain a distinction between philosophical and psychological considerations. But these have not always been kept separate. Even today, some areas of philosophy remain intermingled with psychological considerations. It may be that some forms of philosophy can never be fully separated from psychological questions.
.
Traditionally, philosophers in the Western tradition did not always see a wall of separation between philosophy and psychology. For example, the great work of Baruch Spinoza, Ethics, includes many observations and ideas about our reasoning processes and emotions. The early works in epistemology (theory of knowledge) by thinkers such as René Descartes, John Locke, David Hume, and Immanuel Kant include a large number of observations and claims about mental processes related to knowledge and belief. In other words, these writings tend to mix psychological statements (process of knowing) with conceptual philosophy.

But there are differences between psychology and philosophy that are significant and should be noted in careful writing in either area. In our critiques of these seventeenth and eighteenth epistemological works, we try to separate the philosophical issue (logical, conceptual and propositional evaluation) from the psychological aspect (causes of belief, mental process underlying perception). Scientific work that seeks to understand and explain the workings of the brain and the neurological processes that underlie thought and experience (ie, psychology) is different from philosophical research on the mind, consciousness, knowledge, and experiences. Edmund Husserl, the founder of phenomenology, goes to great lengths to keep his philosophy separate from empirical psychology. But it is not clear that his analysis (or other analyses) of the phenomenology of different experiences remains something clearly distinct from psychology.

But much of the problem remains, especially in such areas of the philosophy of mind, of keeping philosophical work entirely free of psychology. Furthermore, we must not suppose that in all cases these must be kept separate, since some work in philosophy surely requires consideration of the psychological sciences.

Even today, the student will probably be surprised by the amount of psychological insights that Spinoza offers in this great work. Ethics, back in the 17th century and similar psychological observations by Friedrich Nietzsche in the 19th century. William James, the great American pragmatist, includes a lot of psychology in his philosophy. He has a lot to say about stream of consciousness and special experiences, like religious experiences.

Philosophy of mind: there is a sense in which the mind is a psychological construct; there is another sense in which it is not. “My mind is so-and-so” can be rephrased as “my thinking is so-and-so”. Sometimes it is the psychology behind my thinking that is the problem; but other times we are interested in what might be called the conceptual-propositional theme; and other times we may be more interested in the literary-artistic expression of ideas, values ​​and perspectives. (In this regard, see the book by Walter Kaufmann, discovering the mind.)

In Epistemology we deal with the concept of knowledge; but our main concern is not to describe the psychology of knowledge. Our interest is not in the process by which we come to know something, but in the clarification of concepts associated with knowledge and belief; and in the logic of propositions related to knowledge. Philosophers devoted to the philosophy of knowledge include Bertrand Russell, DW Hamlyn, and Richard Rorty.

In the area of ​​academic philosophy, in addition to the broad field of epistemology, we have the philosophy of mind, the theory of consciousness, the philosophy of language, Cartesian idealism, and the subject of free will. These are not generally seen as forms of psychological research. They are more directed to conceptual and propositional questions. Included among the philosophers who engage in work on knowledge, language, and mind in this sense are Ludwig Wittgenstein, Gilbert Ryle, DW Hamlyn, John Austin, and Daniel Dennett.

But psychology is a very important part of those philosophical studies of special experience, such as religious experience, mystical experience, and even moral experience. A good representative of this approach is the great American pragmatist William James. Much of his work in philosophy does not stray too far from his psychological interests.

Some aspects of philosophy deal with the nature of human thought. This interest is distinct from psychological study, description, and theory. But to be adequate and credible, it must take into account the work of psychologists and cognitive scientists. The subject of human thought is a great subject that can be approached from different directions. One of them is philosophy; another is psychology and cognitive science. Still others are literary art, fine art, and history.

Suppose I ask about Spinoza’s thinking regarding moral obligation; How do you defend the thesis that morality and rationality are intimately intertwined? As a student of philosophy, my interests might be strictly philosophical interests. I want to know how he develops and defends his philosophical thesis. On the other hand, you might be curious about the causes of Spinoza’s thought; or perhaps interested in what possible motives he might have had for adopting his particular philosophy. What facts of his childhood or family life led him to embrace the values ​​of rationality and the ideals of the geometric method? In the latter case, he would be acting like an amateur folk psychologist.

There are different ways of trying to understand the thinking of a person, for example a writer or a philosopher. We take a path when we ask about the causes and motivations behind the person’s ideas; that is, we ask about psychological ‘functioning’. Another way is to make philosophical criticism and evaluation of the person’s ideas. But the two (psychology and philosophy) can be combined in a single study.

The philosophy and psychological well-being of the individual:

Contrary to this, we hold the view (mainly the prevailing view) that philosophy is an intellectual discipline that has little or nothing to do with any person’s striving for some form of personal psychic realization. Add to this the fact that most people who work in philosophy (for example, academic philosophers or professors of philosophy) are not especially notable for their lives of psychic well-being. In this regard, let us think of people like Blaise Pascal, S. Kierkegaard, F. Nietzsche and Ludwig Wittgenstein. How psychologically healthy and well balanced were they? They were emotionally and mentally tormented, and will not be mentioned much as models of psychic calm and well-being. Also, some philosophers are driven to pursue philosophy, just as artists, poets, and composers are driven to do their creative work. Here we have a form of psychological compulsion that does not appear to be a form of therapy. In fact, some people even refer to philosophy as a type of illness.

The philosophy student is not usually a psychologist, but nothing says that the student cannot act as a kind of psychologist. I imagine situations where we try to clarify our thoughts and values; and try to be honest about our motivations for everything we do. People used to say in the 1960’s era: I’m just trying to “get my head straight”.

Suppose a psychologist can tell me about the causes, mental processes, and ulterior motives behind my thinking and behavior. He might say that to truly understand what I am, I must have some understanding of these “psychological” things; that is, I must recognize and expose them. If he took his advice and tried to do those things, would he be acting in accordance with the Socratic dictum of “know thyself”?

The professional deals with empirical, descriptive psychology and the investigation of neurological and psychological processes. But we fans are mainly indulging in a form of pop psychology: trying to say what I think about my own thinking. Or trying to better deal with my psychic life. Sometimes I apply this ‘folk psychology’ to myself (trying to find out what I do) or to others (trying to understand their motives for saying such-and-such or doing such-and-such).

On a more practical level, we can imagine someone asking, “What do I really want in life? How do I get there?” Can philosophy help us here? Perhaps not, but think again of two of our great figures in Western philosophy, Socrates and Spinoza. They are often cited as models of psychological harmony and wisdom. Ultimately, aren’t we all psychologists to some degree, even those of us who dabble in philosophy? Yes, to some extent we are ‘psychologists’ insofar as we are awake, alert, aware and honestly engaged in self-examination. This need not be kept separate from our work in philosophy.